RESEARCH ASSOCIATES FOUNDATION (RAF) INVITES YOU TO JOIN US 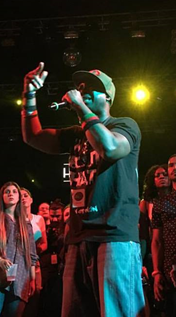 “Where Do We Go from Here?”

Lecture by Lester Spence, Concert by Son of Nun

LESTER SPENCE is an Associate Professor of Political Science, and is one of two co-directors of the Center for Africana Studies at Johns Hopkins University. Dr. Spence has published two books:Stare in the Darkness: Hip-hop and the Limits of Black Politics, winner of the 2012 W. E. B. Du Bois Distinguished Book Award, and Knocking the Hustle: Against the Neoliberal Turn in Black Politics, winner of both the Baltimore City Paperand Baltimore Magazine 2016 Best Nonfiction Book Awards, named to The Atlantic’s 2016 “Best Books We Missed” list. His work has also been published in over a dozen academic articles and several dozen essays and think. He is currently examining the contemporary AIDS crisis in black communities and the growing role of police in major American cities.