By Shirley Nathan-Pulliam and Dana M. Stein
In the 2018 Maryland General Assembly, we have much to do to thwart some of the Trump administration’s worst policies and protect our own residents. One clear action item: We must ban chlorpyrifos, an extremely toxic pesticide that is used on food crops. 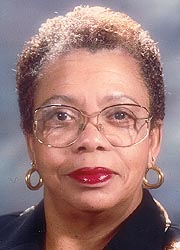 Not only is chlorpyrifos known to harm the environment and wildlife, it is also linked to brain damage in children and can cause immediate and long-term harm to kids, farmers, farmworkers and others who are exposed. It’s so dangerous that in 2015, after extensive study, U.S. Environmental Protection Agency scientists confirmed that no detectable level of chlorpyrifos is considered safe in drinking water.
The agency determined that all uses of chlorpyrifos should be banned due to the high risk of children’s exposure in utero or during critical periods of growth and to the link between chlorpyrifos exposure and autism, ADHD and other neurodevelopmental issues.
However, under the Trump administration, one of the EPA administrator’s first acts was to override his own agency’s recommendation and reverse that decision.
This new direction turns a blind eye to science, and when it comes to dangerous chemicals like chlorpyrifos, it puts us all at risk.

The evidence is clear: Chlorpyrifos is unsafe, and babies, children and pregnant women are especially vulnerable. EPA had previously found, based on studies from Columbia University and other academic institutions, that prenatal exposure to this chemical, even at low to moderate levels, may lead to long-term, potentially irreversible changes in the unborn child’s brain structure.
In a November 2017 New York Times article regarding chlorpyrifos, Fernando Stein of the American Academy of Pediatrics said: “This chemical is unambiguously dangerous and should be banned from use. We urge the EPA to reverse its decision and protect child health.”
This pesticide is used in the production of fruits, vegetables, nuts and other conventionally grown crops, including many kid favorites like apples, peaches, grapes and strawberries.
Animals aren’t immune either — the evidence of risk to many protected wildlife species is overwhelming. A draft biological evaluation by the EPA found that chlorpyrifos is “likely to adversely affect” 97 percent of all threatened and endangered wildlife, including more than 100 listed bird species.
With plenty of far safer pesticide alternatives and – according to the Maryland Department of Agriculture – with the use of chlorpyrifos among Maryland farmers already minimal, why not prohibit the use of this toxic pesticide? In the current General Assembly, we are introducing legislation to do just that.
Banning chlorpyrifos in Maryland would take a significant step in protecting the health and safety of our residents – particularly some of our most vulnerable – regardless of EPA’s politically motivated decisions.
Maryland would not be alone: Numerous state attorneys general, including Maryland’s Brian Frosh, have filed a lawsuit over the reversal on the chlorpyrifos ban. The New Jersey state legislature has proposed banning chlorpyrifos, and California recently moved to add it to its Prop 65 list of substances known to cause cancer, birth defects and reproductive harm. At the federal level, U.S. Sen. Tom Udall of New Mexico has introduced a bill to ban chlorpyrifos.
We hope many of our colleagues and fellow Marylanders will join us in banning this toxic chemical to protect our families.
Shirley Nathan-Pulliam, a Democrat, is the state senator representing Baltimore County’s District 44. Dana M. Stein, a Democrat, is a delegate from Baltimore County’s District 11.
Maryland Matters | February 12, 2018 at 7:03 pm | Categories: Uncategorized | URL: https://wp.me/p8h6Yo-1yb