Join us on Thursday, March 7 at 1:00pm Eastern Time to set the record straight about why NATO is not a peace-keeping organization. 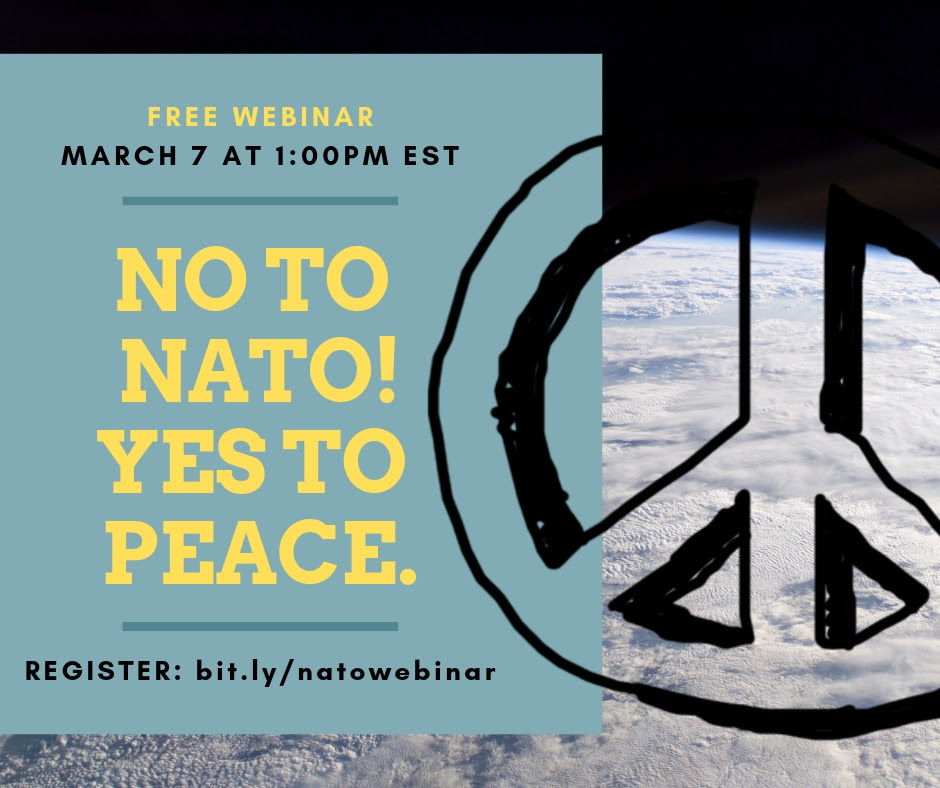 The mainstream media paints a false picture that NATO promotes peace, but we know that it has repeatedly violated international law, and bombed numerous countries, including Serbia, Afghanistan, Pakistan, Libya, Bosnia and Herzegovina, and Kosovo.

Don’t take my word for it; hear it directly from our panelists, who have first-hand experience with NATO:

Don’t miss this informative conversation with Ana, Jovanni, and Kristine. RSVP to join us.

P.S. I hope to meet you in person at the No to NATO – Yes to Peace Fest on April 3-4 in Washington, DC, to unwelcome the arrival of the largest military alliance in the world.